6 Signs You May Be Suffering from Polycystic Ovary Syndrome (PCOS)

Polycystic Ovary Syndrome, frequently referred to as PCOS is the most common hormonal and gynaecological condition affecting up to 1 in 5 women during their child-bearing ages. It is often passed on genetically but many cases are sporadic and develop by itself.

Both women and men produce certain amounts of the female hormone oestrogen and the male hormone testosterone, however, in women with polycystic ovary syndrome, they have an imbalance of the amount of these hormones created.

The hormone imbalance associated with PCOS is sufferers having higher levels of testosterone. This leads to the inability of the eggs to escape from the ovaries during the monthly cycle. As a result, the eggs become trapped in fluid-filled sacs called ‘cysts’, preventing ovulation from happening.

Those suffering from PCOS may experience symptoms like irregular periods, difficulty getting pregnant, acne and weight gain. However, there are many treatment options available for women with the condition, including lifestyle changes and pharmacological intervention.

Whilst the length and severity of periods varies from woman to woman, one of the hallmark signs of PCOS is having irregular or missed menstrual cycles.

If you have PCOS, you may be experiencing abnormal cycles, which may be longer, shorter, heavier, lighter, more or less frequent than normal.

In PCOS, you do not make enough of the hormone needed to mature the eggs in the ovaries, called Follicle Stimulating Hormone “FSH”. As a result, eggs are not released and instead become trapped in fluid-filled sacs called cysts and prevent the further production of hormones like progesterone. This underproduction of hormones coupled with lack of ovulation every month leads to erratic periods which may mean being too heavy, light, absent or frequent.

Whether or not you think your abnormal period is due to PCOS, it is still important you visit your doctor as there are other causes for this which need to be determined such as; thyroid problems, obesity, being underweight and excess exercise to name a few, which, most of the time can be easily managed.

Polycystic Ovary Syndrome is the most common cause of infertility and difficulty getting pregnant in women of child-bearing age.

High levels of male hormones, along with lack of ovulation and irregular periods can make it very hard for women with PCOS to conceive.

70-80% of women with PCOS are thought to be infertile, but there is a common misconception that this means getting pregnant is impossible – for most people it simply means further measures need to be taken to improve your chances of conceiving naturally.

Being unable to conceive may be a difficult time for you, however, there are many medications and treatments available to increase your chances of having a baby, so the ideal thing to do is speak to your doctor for advice.

40-80% of women with PCOS are described as being overweight, as a result of insulin resistance.

Insulin is a hormone secreted by an organ called the pancreas. Its role within the body is to reduce sugar levels after we eat and to store this sugar in our muscles and fat as an energy reserve. However with PCOS, the body has a resistance to this hormone, which leads to even more insulin being secreted from the pancreas in order to reduce sugar levels and store sugar as energy.

The release of excess insulin from the pancreas makes it very easy to gain weight due to the fact it causes you to feel extremely hungry, causes fat to be stored around the midriff and increases your blood pressure. Not only does this cause you to gain weight, it also predisposes you to cardiovascular health problems in the future.

Weight loss is suggested as the first line management for women with Polycystic Ovary Syndrome, due to the fact symptoms can significantly reduce after losing weight.
Evidence suggests that a weight loss of at least 5% will lead to improvements in your menstrual cycle, ovulation and testosterone levels as well as increasing insulin sensitivity.

Ideal methods for weight loss with PCOS include a range of aerobic exercises such as swimming, jogging and cycling. Consuming a healthy diet low in carbohydrates (which can be assessed using the Glycemic Index charts) will also help reduce insulin secretion and aid weight loss.

One of the most troublesome symptoms women with PCOS complain of is acne and pimples. It is one of the many dermatological manifestations of having high male hormones.

All over our body, we have different kinds of sweat and oil ‘sebaceous’ glands, and some of these are linked to hormones. For example, the oil glands on our face are regulated by testosterone. In Polycystic Ovary Syndrome, the high levels of testosterone result in higher amounts and activity of these glands, leading to oil clogging your pores, which causes acne.

In one study of 110 women with PCOS, many of these women with severe acne were also found to have high levels of the male hormone testosterone. 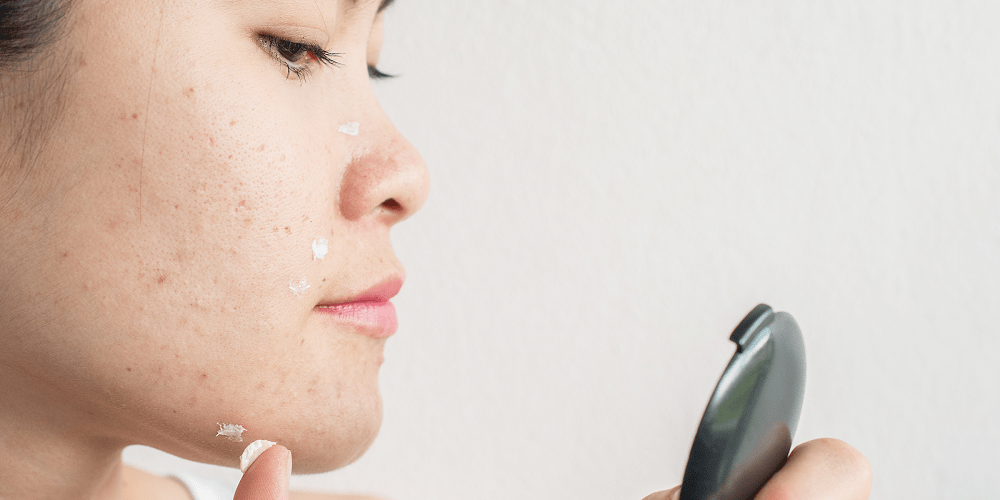 Whilst this can be a frustrating component to PCOS, your doctor will be able to go through the vast management options for you and your skin.

There are some medications, like the combined oral contraceptive pill, to increase levels of oestrogen which are used as the first line intervention for acne in PCOS. Other treatment plans include retinoids and antibiotics.

There can be many reasons aside from PCOS that cause women to experience persistent acne. In order to identify the underlying reason behind this, you should visit your healthcare provider so an underlying cause can be identified. 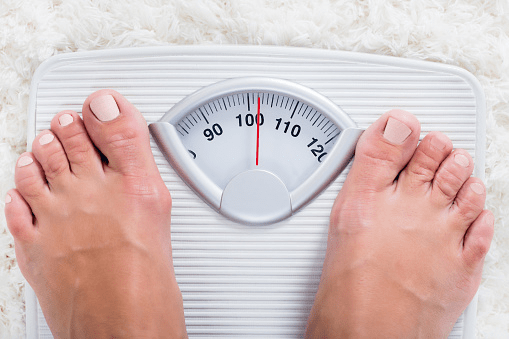 Other causes of acne:

40-70% of women with PCOS often notice hair loss in a male-like distribution, whereby hair is lost from the front and top of the head in excessive amounts. This hair loss, or ‘androgenic alopecia’ happens due to the high levels of male hormones. It leads to the progressive miniaturisation of hair follicles, and therefore the progressive loss of hair.

This can be an extremely psychologically distressing feature of PCOS. Luckily, there are options available for women suffering from this. The main thing to ensure is that you are eating adequate calories for your body, and taking in vitamins and minerals, especially vitamin D, B12 and biotin. Hormonal medications like the oral contraceptive pill will increase your levels of female hormones and decrease male hormones respectively, reducing hair loss.

There are other causes of hair loss, even in women with PCOS. If you find yourself shedding a lot of hair on a daily basis, you should consider other reasons like anaemia, stress, diet and thyroid issues. Therefore it is very important you speak to your doctor about this as the cause of your hair loss may be easily treated.

The extent of normal bodily hair growth varies widely depending on your gender, race, ethnicity and genetics. Soft ‘vellus’ hair, also known as “peach fuzz”, covers our entire body, is completely normal and is not determined by the level of sex hormones in our body.

Hair around the chin, chest, armpit, stomach and pubic regions is determined by sex homones, and having an excess amount of hair (also known as ‘hirsutism’) in these regions may indicate a hormonal disturbance. It causes the conversion of thin, vellus hair, into the thick, coarse terminal hairs seen in PCOS.

The Ferriman and Gallwey scale can be used to determine the extent of the hair growth.
The scale assigns a score to you, according to how much hair is present in the included regions.

A total score less than 8 does not support the presence of hirsutism, 8 to 15 indicates a mild hirsutism and a score over 15 indicates severe hirsutism.

Treatment for hirsutism can be tricky, but some common measures include:

This involves long term (over a year) commitment to using medications to achieve maximum results of reducing hirsutism.

So, when should you see a doctor?

How is it diagnosed?

Most of the time PCOS can be identified solely from describing your symptoms and from an investigation, however there are some tests that need to be done to rule out any other causes for your symptoms, based on the Rotterdam Criteria:

What are the effects of Polycystic Ovary Syndrome?

PCOS can impose many unwanted effects on women, from the physical to psychological. The most common complications of unmanaged Polycystic Ovary Syndrome are:

However, if you think you may have Polycystic Ovary Syndrome, visiting your doctor is the best way to find out how best to manage and treat your symptoms.

How is PCOS treated?

There is no cure for PCOS. However, depending on your symptoms there are many management options available for you to improve your condition;

Consuming a low GI diet in conjunction to a weight loss of 5-10% can help to significantly improve your symptoms by improving insulin sensitivity, menstrual cycles and cardiovascular health.

Sometimes, certain medications will be prescribed to you if your symptoms persist or are difficult to manage:

Combined Oral Contraceptives: These are medications used to regulate symptoms due to excess male hormones, such as acne, hair loss, hirsutism and irregular periods.

Fertility drugs: If you are intending on conceiving a child but are experiencing difficulty, there are special medications that a fertility doctor can prescribe to aid this process.

Spironolactone: This water pill may be prescribed to you to reduce hirsutism due to its male hormone-blocking properties 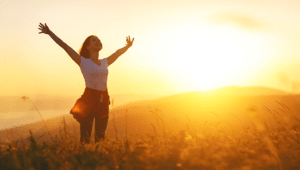 Overall, PCOS is a very common disorder suffered by up to 20% of women. There are many impacts of the condition, which may affect your mental and physical well-being however you should always visit your healthcare practitioner as there are many management options available.